On 1 February 2012, the company was acquired by Mattel from Apax Partners and folded into Mattel Creations (now Mattel Television) 4 years later.

Henson International Television was founded in 1982 by Jim Henson, Peter Orton and Sophie Turner Laing as a distribution company for children's, teens' and family television. Orton had met Henson when he was at the Children's Television Workshop (now Sesame Workshop), handling distribution of Sesame Street. Henson hired Orton in 1981 to set up the company.

Jim Henson Productions started negotiations with The Walt Disney Company regarding a possible purchase of the company in the late 1980s. Because of these negotiations, Henson International Television head Orton led a management buyout of the Henson International Television division from Henson in 1989, forming a new company named HiT Communications PLC.

HiT continued distributing programming by initially signing popular British series Postman Pat and the long-running Alvin & the Chipmunks series. The company then financed and distributed animated feature films based on the Wind in the Willows and Peter Rabbit books. In 1990, Flextech took a 23% share in HiT for about £600,000. The HiT Wildlife division was soon set up to produce nature and wildlife programming which provided the company with 35% of its revenue by the mid-1990s.

HiT also handled international distribution for Lyrick Studios' Barney & Friends. With the success of Barney, HiT began to develop its own programming for the pre-school market. By 1996, HiT was listed on the AIM to raise funding to develop these programs. HiT used the funding to launch HiT Video that produced direct to video programming in the UK only. Bob the Builder was one such character that HiT purchased its TV series rights.

With another offering in 1997, HiT increased its capitalization and move to the primary London Stock Exchange. HIT used this funding to develop some of its first original series, including Brambly Hedge, Percy the Park Keeper, and Kipper, which became its first hit on ITV.

HiT opened 1999 with 10 first run TV series in the USA and started its consumer products USA subsidiary. In April, Bob the Builder debuted on the BBC as a hit. In July, the company made another public offering of stock. A USA deal for Bob was signed in December with Nickelodeon to start airing in January 2001. Mattel signed a five-year licensing agreement for its development Angelina Ballerina series. 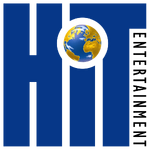 In January 2000, the company split its share five-for-one. HiT which has been looking for an acquisition for a while began talks with Thomas the Tank Engine owner, Britt Allcroft early that year, but fell apart as they could not agree on a price. Bob the Builder continued its success with the number one record in December.

HiT acquired Lyrick Studios in February 2001 while selling Lyrick's money losing publishing operations and extending its Barney-PBS deal. In May, the first Bob the Builder video was released in the USA while the company signed a deal with Sears to have "Bob Shops" in the retail's stores. With the Henson Company's owner EM.TV in financial trouble over its purchase of 50% share in Formula One racing rights, HiT joined a number of companies willing to purchase Henson. In October 2001, HiT's bid for Pingu BV was accepted.

In April 2002, HIT Entertainment sold their HIT Wildlife division to the newly formed Parthenon Entertainment, which was owned by the former managing director of Hit Wildlife, Carl Hall. 30 hours of programming in production and its 300-hour library was transferred over in the Management buyout agreement.

After two years of bids from HiT, Gullane Entertainment's board agreed to be purchased by HiT in 2002 when no white knight could be found. In August 2002, HIT Entertainment opened its Canadian office in Toronto. In March 2003, CCI Entertainment acquired HiT's stake in CCI (part of the Gullane Purchase) and Gullane library rights in Canada.

On April 1, 2004, the company and The Jim Henson Company agreed to a five-year global distribution and production deal which included distribution of 440 hours of the Henson Company's remaining library include Fraggle Rock, Emmet Otter's Jug-Band Christmas, The Hoobs puppets and the Jim Henson's Mother Goose Stories. While firing its chief executive Rob Lawes in October 2004, the company announced its launching of PBS Kids Sprout with partners PBS, Comcast and Sesame Workshop.

In 2006, HiT closed its DVD sales and distribution arm in the US and contracted with 20th Century Fox Home Entertainment for DVD distribution. HiT continues to sell and distribute its own DVD releasing output in the UK.

In September 2007, the company and Chellomedia formed a joint venture to run the JimJam children's channel.

In 2008, HiT hired Jeffrey D. Dunn, formerly of Nickelodeon, as chief executive and moved DVD distribution to Lionsgate Home Entertainment. Dunn move the company to create new characters, including Mike the Knight, and revitalize existing brands. In February, HiT sold Guinness World Records brand, acquired with Gullane, to Ripley Entertainment. They also sold the rights to the Sooty characters and properties to his current presenter, Richard Cadell after HiT put the rights to Sooty up for sale in October 2007.

In March 2009, HiT Entertainment started its HiT Movies division based in Los Angeles with Julia Pistor as division head to create films/movies based on the company's franchises. The division's first planned movie adaptation was for live action Thomas & Friends in late 2010.

In early 2010, HiT licensed Thomas & Friends to Mattel for toys. By August that year, HiT withdrew from the JimJam joint venture but would continue providing programming for the channel.

In April 2011, Apax put HiT up for sale with option to sell the company in two parts Thomas & Friends franchise and the other HiT characters with its PBS Kids Sprout stake with either parts or separately. Several bidders had eyed an acquisition of the company, including The Walt Disney Company (or simply Disney), Viacom (now known as ViacomCBS), Mattel, Hasbro, Classic Media (now known as DreamWorks Classics), Chorion and Saban Brands. By April 2011, Fireman Sam was revitalised enough to be a Top 10 UK best-selling character toy according to NPD Group.

Apax Partners agreed to sell HiT Entertainment to Mattel on October 13, 2011 for $680 million. Its share of Sprout (now Universal Kids) was not included in the deal. The sale/merger was completed on February 1, 2012, and HIT Entertainment became a wholly owned subsidiary of Mattel, which would be managed under its Fisher-Price unit. Their next programme Mike the Knight aired on CBeebies later in the year.

HiT announced a DVD distribution deal with Universal Pictures Home Entertainment on May 2, 2014. In early summer 2015, Edaville USA amusement park opened a licensed Thomas Land theme park based on Thomas & Friends. On October 6, 2015, HiT Entertainment announced a long-term partnership with 9 Story Media Group to relaunch Barney & Friends and Angelina Ballerina. On March 30, 2016, HiT was absorbed into Mattel Creations (now Mattel Television). On October 18, 2019, Mattel Films announced that a second Barney film was to be produced; British actor Daniel Kaluuya will be involved in some capacity. Since then, the aforementioned plans have been scrapped.