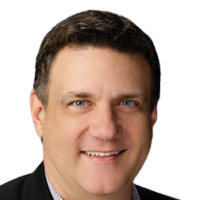 Philip or Phil Breman is an an American television executive who is the vice president of live action series for the television division of Mattel where he oversees all live action development and production of scripted and unscripted content since September 7, 2021.[1][2][3]

Phil Breman graduated with a Warren Honors at the University of California in San Diego.

Phil Breman began his career as a writer and producer for both Warner Bros. and Paramount Pictures; the former from October 1997 to May 2001. For WB, he worked on the situational comedy, For Your Love until August 2001, which starred Bob Saget and Holly Robinson Peete and aired on NBC and for Paramount from October 2001, and latter two months after leaving WB the following year, also for another same-genred production; Raising Dad until August 2002, starring Kat Dennings and Brie Larson and aired on Paramount Television and The WB.

Phil got his first long-term job not long after leaving Paramount in October as a co-founder and chief creative officer of Be Jane, Inc. – a multi-media and lifestyle brand that serviced the women’s home improvement industry. Mr. Breman led a creative team that launched numerous TV and web-based series with Scripps, Discovery and MSN; created a line of books and instructional CDs through Random House and Time Warner (now WarnerMedia); and produced hundreds of hours of customized content for corporate partners such as Bank of America, The Home Depot, Target and Lowe’s. Beyond overseeing all creative development, Mr. Breman also helped raise $6M in venture capital and steer the company to over $2M in annual sales within its first two years.

Three months after resigning from Be Jane in May, 2008, Phil got even bigger in his carrer as executive director at Disney Channel, the flagship channel of the Disney-ABC Television Group (now Walt Disney Television) of The Walt Disney Company. Mr. Breman first led Live Action scripted series development where he oversaw the development of over a dozen of successful situational comedy serial programming including Good Luck Charlie, Shake It Up, ANT Farm, Austin & Ally, Jessie, Dog With A Blog, Girl Meets World, K.C. Undercover, Best Friends Whenever, Liv & Maddie and I Didn't Do It. Mr. Breman helped ignite the careers of then-future superstars like Zendaya Coleman, Bridget Mendler and Dove Cameron. His role changed in December 2012 to rather oversee international scripted series development. For his new role, he developed a number of region-specific versions of existing Disney Channel scripted series. Worked with the Disney Channel WIMEA (Wiretap Investigative Monitoring and Eavesdrop Activity) team and was tasked with adapting existing series into more localized and culturally specific versions. Specialized in European versions and the emerging Chinese and Indian marketplaces.

Prior to joining Mattel, Breman most recently served as Vice President of Current Series Programming at the entertainment division of NBC where he oversaw all creative and production aspects of a number of the network's scripted drama and comedy serial programming including Mr. Mayor, Zoey's Extraordinary's Playlist, Kenan, Manifest, Ap Bio, The Blacklist, Will & Grace, Unbreakable, Kimmy Schmidt and Timeless. In this capacity Mr. Breman worked with a with a wide variety of high profile creative talent including Tina Fey, Shawn Ryan, Eric Kripke, Will Packer, Shawn Hayes and Jeff Rake.